Book Review: Everything Is Perfect When You're A Liar by Kelly Oxford

Kelly Oxford is a Twitter superstar.  Now she has a book.

Described by Jimmy Kimmel as someone that is "very consistently and solidly hilarious," Oxford is an online superstar.

This book is a moderately perfected version of her life story.  Her life has been paved with uncommon adventures and exploits.  How many 6 year olds try to adapt Star Wars for the stage and get their friends to audition?  Not that many, I suppose, but Oxford did it.  It wasn't successful but she tried.

This book is written as if it were a series of short stories.  It's not written as a narrative memoir book would be.

At 12 years old, she was washing the dishes at a restaurant.  Here in the United States, it would be a violation of Child Labor Laws but I guess that things are much different with our friends in the north.

Her first trip to Hollywood was spent trying to find Leonardo Dicaprio before Titanic opened to a massive amount of money at the box office.  That didn't work out too well for her.

In the fall of 2011, NBC hired her to write a pilot, which wasn't picked up to series.  A year ago, Warner Brothers bought a screenplay that she wrote.

Oxford isn't your typical comedy star.  Known mainly for her writing and not performing, she found her voice through chat rooms, blogs, and on Twitter.  Stand-up comedians hone their craft in comedy clubs.  Oxford uses social media to hone her craft.
Posted by Danielle S. at 10:18 AM No comments:

Book Review: I Can Barely Take Care of Myself by Jen Kirkman

Comedy writer Jen Kirkman brings us her biographical comic memoir, which mostly focuses on her decision to be child-free by choice.  Kirkman is annoyed at how many people ask her when she is having children and of course, she's frustrated by the question.  I don't blame her.

What she wants to do with her body his her decision.  If she chooses to not bear children, that's her right so stop asking her the question!  She isn't afraid to talk about it.  She shares personal stories of times she has been insulted by the decision not to have children...like at the comedy club bathroom in Texas where she was called selfish by someone in attendance.

There was the time she went to Best Buy to buy a gift for a friend and the attendant, named Bren of all names, did not know what The Golden Girls were.  I'm sorry but in an era where Betty White is all the range, there is no excuse to not know who exactly The Golden Girls are.

There was the time when she was vacationing at a Hawaiian resort and was laying out at an adult only pool only to deal with all these non-adults swimming in said pool when there were 5 other options around for children.

Kirkman is a writer for E!'s Chelsea Lately, the late night comedy show starring Chelsea Handler, and is a regular comedian on the nightly roundtable.  However, instead of writing in Handler's comedic voice, she writes this book in her own.

She defends decisions she has made her entire life--from opting to live in her childhood bedroom as she broke in to comedy to joining the writing staff for Chelsea Handler.  She shares her story in a book that is full of humor, wisdom, and laugh out loud moments.
Posted by Danielle S. at 10:02 AM No comments:

We Killed: The Rise of Women in American Comedy

The tone of Yael Kohen's book is similar to that of Live from New York in that it is a oral history that focuses on the rise of women in American comedy.

The early days started with Phyllis Diller and Joan Rivers performing in clubs while Elaine May was making her way to stardom with Mike Nichols.

Mary Tyler Moore and Carol Burnett had sitcoms that still live on today.  Moore's sitcom is the predecessor, in various ways, to Tina Fey's 30 Rock.

Then there was Elayne Boosler in the 1970s.  She refused to be treated as a feminist.  She paved the way for female comics with her observational act.

In the 1980s, there was a standup comedy boom.  This led to Roseanne and Ellen getting their eventual sitcoms.  Unfortunately, several clubs still limited their bills to the maximum of one woman a night.  A shame.

It was the 1990s that changed things, and maybe for the better when Janeane Garofalo helped start the alternative comedy movement.  Soon, Margaret Cho would be involved.

The late 90s and 2000s were a boom for women in comedy, especially for SNL.  I don't even have to list the names as we all know them.  Molly Shannon, Cheri Oteri, Ana Gastayer, Tina Fey, Rachel Dratch, Amy Poehler, Maya Rudolph, Kristen Wiig, etc.

The Upright Citizens Brigade not only gave us Amy Poehler but their theater in New York has given us rising stars as Aubrey Plaza, Ellie Kemper, and Casey Wilson.

Chelsea Handler is probably the biggest late night female star right now with her show on E! and she has done a tremendous job in hiring female writers.

Female comics can be attractive, as Sarah Silverman is.  Silverman is one of the hottest names out there in comedy and she's also one of the raunchiest, too.

If you appreciate comedy as I do, you will enjoy this book.  I know that I did!
Posted by Danielle S. at 7:33 PM No comments:

Quote of the Day

“I have been thinking today about my children and grandchildren who will never know the days of innocence I did,That you could go anywhere to any public event and not worry about an explosive device being detonated….that is the price of freedom and that is the world in which we live today.”
--Tom Brokaw, NBC News, April 15, 2013 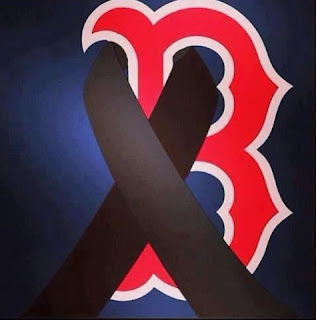 Please keep the victims of today's Boston Marathon Massacre in your thoughts and prayers.

Steven Spielberg is one of the greatest living filmmakers of a generation.  He came up at the same time as George Lucas, Francis Ford Coppola, and Martin Scorsese.

Richard Schickel, a noted film critic, goes back to interviews he has had with Spielberg since 2005.  The excerpts from the interviews along with Schickel's commentary accompany the 400 or so photographs that are spread throughout the book.

It should be noted that this retrospective on Spielberg does not focus on his career as a producer but only the films that he has directed.

Are there films that he feels could have been better?  Yes.  Is he going to disown them?  No.  That's not the kind of filmmaker that he is.

Spielberg has never written a memoir and until now, he has never cooperated with someone wishing to write a book.  This is as close to a memoir as we will likely get for the time being.  If this is what we are left with, it does the job just fine.
Posted by Danielle S. at 2:05 PM No comments:

Book Review: I Remember Me by Carl Reiner

Carl Reiner is one of the comic geniuses of our time.  Before he went on to create The Dick Van Dyke Show, Reiner was a member of the cast and writing staff of both Sid Caesar shows: Your Show of Shows and Caesar's Hour.

What we have in I Remember Me is a comic memoir.  In only so many pages does Reiner reminisce on his 90 years of "love and laughter, highs and lows, mistakes and triumphs."  Be it as it may, Reiner tells us these stories with his warm heart and the touch of nostalgia that pops in every now and then.

Reiner's memory is still very sharp.  He's able to draw from decades of family, friends, and the fun that he has had in his career.  He uses the same combo of playful jest and modest himulity that has given him the love and respect from his fans for decades now.

Reiner writes of attending shul growing up following his bar mitzvah so that other people were able to daven.  He's not necessarily Orthodox but he attended shul regularly while growing up.

Most importantly, Reiner remembers those incredible moments with his beloved Estelle, who was eight years older than him and would never have fallen in love had she met him while he was growing up in the Bronx.
Posted by Danielle S. at 1:50 PM No comments: