Searching for the Salzman Family

My great-aunt passed away in 2002.  She had built a family tree for many sides of the family going back a few generations.

We know that Kassel was convicted of larceny in the early 1900s and went to prison where he ended up dying in 1911.  We have managed to get in touch, finally, with Anna's descendants so as to update that branch of the tree.  But outside of that, we're stuck.  When it is a common name (Saltzman became Salzman or Solzman), it makes it harder with marriage records, etc.  I've found obituaries but when they don't mention siblings, it's hard to confirm whether that's the one I am looking for.

We know that the name was Saltzman in the 1900 census and Salzman when the 1905 census was recorded.

But we're stuck.  My only hope now is for a distant cousin to find this, get in touch, and help us rebuild this branch.
Posted by Danielle S. at 6:55 PM No comments:

Since it opened 50 years ago today, there is rarely a time in which the sound of the off-tune violin is not heard somewhere on stage.  Whether it be a school, community theater, army base, Broadway revival, or countries from Argentina to Japan, the musical is being performed somewhere.

Isenberg weaves the tales and anecdotes of making the musical or film with thoughts on its cultural importance and why it resonates with such a diverse audience.

If they were still living in the author started researching and writing the book and worked on the Broadway production, the film, or significant revivals, Isenberg interviewed them.  This includes the likes of Harold Prince, Sheldon Harnick, Joseph Stein, Austin Pendleton, Joanne Merlin, Norman Jewison, Topol, and Harvey Fierstein, amongst others.

If you love Fiddler or the soundtrack, this is a book you will enjoy!
Posted by Danielle S. at 8:00 AM No comments: 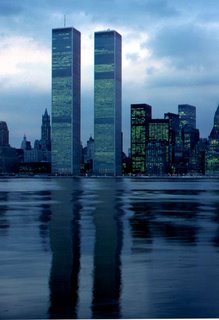 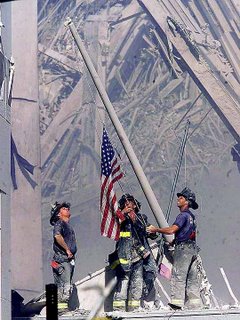 A poem written by Jack Buck

We've been the bastion of freedom...

The light that keeps the free world aglow.
We do not covet the possessions of others,
We are blessed with the bounty we share.

We have rushed to help other nations...
Anything...anytime...anywhere

War is just not our nature...we won't start
But we will end the fight.
If we are involved we shall be resolved to
Protect what we know is right.

We have been challenged by a cowardly foe
Who strikes and then hides from our view.

With one voice we say, "There's no choice
Today, there is only one thing to do"

Everyone is saying the same thing
And praying that we end these senseless
Moments we are living.

As our fathers did before, we shall win
This unwanted war

And our children will enjoy the future,
We'll be giving.

Bruce is the first authorized Bruce Springsteen biography to have been written in the last 25 years with the full cooperation of the Boss himself.

This sweeping portrait is the latest in a series of musical biographies written by Carlin, who previously has written on Paul McCartney and Brian Wilson.

In writing Bruce, Carlin had unprecedented access to Springsteen, his family, friends, past and present bandmates, including one of the final major interviews with Clarence Clemons.  It all adds a vivid, initmate detail, and context to a groundbreaking picture of the Boss.

As a songwriter, Springsteen has voices hopes, triumphs, and heartaches of the working class.  His career has brought him 20 Grammy Awards, two Golden Globes, an Academy Award, and over 120 million albums sold.

Carlin follows the Elvis-loving grade student as he grows into that scruffy looking bandleader all the way up to the release of Wrecking Ball in 2012.  With the release of Born to Run, Springsteen rocketed into critical and commercial orbit.  No concert goes without the singing of "Born to Run."  The album is a keystone of Springsteen's musical legacy--one that would both reflect and shape the culture.

Along with years of meticulous research, Carlin has spent a countless number of hours in interviewing Springsteen, his inner circle, friends, musicians, and even ex-girlfriends. It all builds up to presenting the most revealing account of the American icon, even as he redefines his style and sound.

Until Carlin started writing the biography, not many family members had done interviews on the rocker.  The Springsteen family was impacted by mental illness and Bruce managed to avoid the fate of his father by years of therapy and even anti-depressant medications.

The E Street Band share their memories of the first time they met Bruce and their painful memories including in 1989 when Springsteen was disbanding the band.

Bruce's gradual journey towards being a committed and influential voice in politics was validated when President Barack Obama spoke at a reception for Kennedy Center honorees.

Carlin offers a nuanced analysis of every song and album that Bruce has made.  Five months before the release of Wrecking Ball, Bruce had played a dough mix in the studio.

This definitive biography is compulsively readable, and a must for all fans of the Boss.
Posted by Danielle S. at 9:49 AM No comments:

The 1954 baseball season was historic for Major League Baseball.  This was the same year in which the Brown vs. Board of Education court case decided that segregation be outlawed in the public school systems.

The World Series pitted the Cleveland Indians against the New York Giants.  It was the first World Series that featured African-Americans on both teams: Willie Mays and Larry Doby.

This was seven years after Jackie Robinson had made his debut.  Doby was already a dominant player in the American League and Mays was just emerging in his own right as one of the best players in the game.  He played baseball with a flair and boyish innocence that all fans embraced.

Doby and Mays were already on their way to stardom but Hank Aaron and Ernie Banks were just getting started with the Braves and Cubs, respectively.

Bill Madden shows exactly why he is in the Writer's Wing of the Baseball Hall of Fame.  This book is the first to fully examine the 1954 season.  Madden draws on recent interviews with players themselves: Mays, Doby, Yogi Berra, Whitey Ford, Monte Irvin, Carl Erskine.  Madden transports readers across time, revisiting Spring Training in Florida and Arizona as the future baseball stars were entering the league.

Madden weaves the narrative with the racially charged events of 1954.  With exception of the New York Yankees, the national pastime was ahead of the curve when it came to accepting African-Americans at a time when the nation struggled with acceptance.
Posted by Danielle S. at 5:59 PM No comments: